Now That's What I Call Jangly 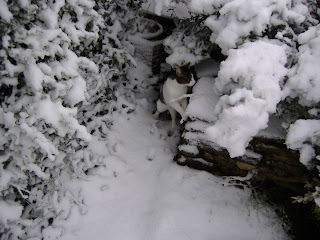 Side 1 of a mixtape, originally compiled for me by my girlfriend, sometime around 1997. Despite the title, it's not entirely jangly but it is resolutely indie. She was a big fan of The Wedding Present, The House Of Love and James and I was immersed in their music for a few years. I haven't heard many of these songs in over a decade: I'd completely forgotten about Bedflowers; there's a lovely post about them on the Cloudberry Cake Proselytism blog, which provides some backstory. The Bowie track closing side 1 feels like a bit of an anachronism, though it may have been added because I loved the song so much. We didn't part on the best of terms, but this is a reminder of happier times and some great music.
1) Ceremony (1st Version By Martin Hannett): New Order (1981)
2) Road: The House Of Love (1988)
3) My Ex-Lover's Address: Bedflowers (1991)
4) Suck: The Wedding Present (1991)
5) Sensitive: The Field Mice (1989)
6) Push: The Cure (1985)
7) Pink Glove: Pulp (1994)
8) Five-O (Album Version By Brian Eno): James (1993)
9) The Old Main Drag (Album Version By Elvis Costello): The Pogues (1985)
10) Jesus Says: That Petrol Emotion (1986)
11) In The Heat Of The Morning (Mono Single Version): David Bowie (1967)
Side One (45:13)
at November 29, 2021 No comments:

The Girl Who Fell Through The Ice 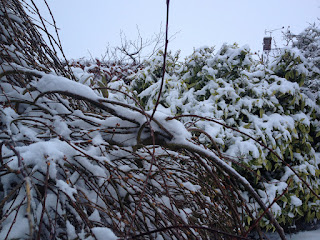 We had our first snow of the winter on Saturday morning. This is a photo from last year, yesterday's flurry wasn't that heavy and was replaced after 15 minutes with torrential rain and high winds. Storm Arwen's gift to us and a reminder after some warm and sunny days that we're actually in winter.

Later that afternoon, I was on a step ladder trying to attach a new washing line to two metal poles, the previous line having snapped with a full load the previous day, dropping the newly laundered items into the gloppy, muddy garden below. As my fingers rapidly froze and I fumbled with the line, the Jon Kennedy remix of this song popped into my headphones:

The Girl Who Fell Through The Ice (Single Version): Aim ft. Kate Rogers (2002)
I don't actually own a copy of Hinterland, the Aim album that features the original full length version of this song, but it appears with the Jon Kennedy remix on the excellent Kate Rogers vs Grand Central compilation from 2003. The original single release also included a great remix from Andy Votel.
Kate Rogers' website was last updated in February 2014 and there's a free download of track Grey Green Sky from January of that year still available on her Bandcamp page.
Andy Turner aka Aim has his own label, ATIC Records, which is currently promoting the release of Aim collaborator Niko's third album (and first for 9 years), Electric Union. It's described as a "dance lounge sound" which is perfect, as that's where most of my dancing happens these days.
The Girl Who Fell Through The Ice (Album Version): Aim ft. Kate Rogers (2001)
The Girl Who Fell Through The Ice (Jon Kennedy Mix): Aim ft. Kate Rogers (2003)
The Palace Discotheque: Niko (2021)
at November 28, 2021 No comments: 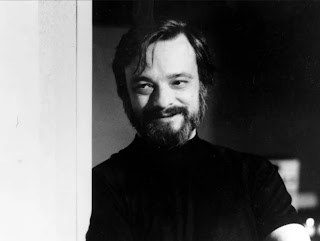 Farewell, Stephen Sondheim, one of the greatest songwriters of all time. A quick look and I found I have surprisingly few of his songs - all cover versions, no original cast recordings - but his songs have resonated through so many decades of my life.
Of my paltry collection, including Grace Jones' discofied version of Send In The Clowns, several mixes of Losing My Mind by Liza Minnelli and Little Richard's 1990s take on I Feel Pretty, there was really only one choice.
Somewhere (From "West Side Story"): Tom Waits (1978)
I've also got the Pet Shop Boys' version of Somewhere, but only the frenetic Trouser Enthusiasts' Single Mix and I think I need to wake up a bit more before I'm ready for that...
The lyrics from the original 1957 Broadway production:
There's a place for us,
Somewhere a place for us.
Peace and quiet and open air
Wait for us, somewhere.

We Came Here To Rock The Microphone 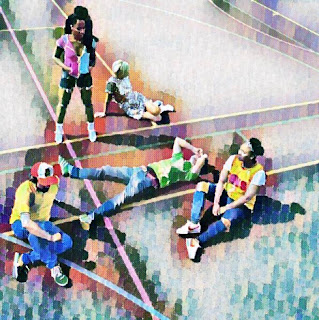 I had to double check, as I couldn't believe that I haven't posted about The Go! Team previously. It's true, this is their first appearance on this blog. I was also surprised to find, on checking my digital collection, that I  either haven't uploaded or along the way have lost debut album Thunder, Lightning, Strike. The same fate seems to have befallen follow up, Proof Of Youth, although I do have the bonus disc that came with initial copies of the CD. Apart from that, my playlist is currently limited to contemporary B-sides and remixes purchased from their Bandcamp page earlier this year. Oh, and the only CD single by The Go! Team that I own. But what a corker it is. Here's what I had to say about it in Jukebox Juicebox #11 on my old blog, way back on Saturday 25tb March 2006:
The latest in a long line of collectives combining a dizzying number of samples with enthusiastic live vocals and instruments, The Go! Team may be this year's Avalanches (whatever happened to them?), but they bring a fun and frenetic activity that's a welcome counter to the static barstool crooning of mainstream pop acts these days. Culling elements from The Supremes' "Come See About Me", "I Can't Rest" by Fontella Bass and Davy DMX's "The DMX Will Rock You", "Ladyflash" is a gloriously upbeat mash up. Originally released in late 2004, but seems to have made more impact this time around. Accompanying track "The Wrath Of Mikey" is fun, but the remixes will fill out this EP are perhaps of greater interest. Kevin Shield's "Huddle Flash", which combines the lead track with another Go! Team song "Huddle Formation" is a surprise. I'd been expecting something along the lines of his previous cacaphonic wall-of-noise reworks. Instead, this barely tampers with the Go! Team formula and is all the better for that. Likewise, the "Simian Mobile Disco Mix" removes most of the rapping and incorporates further electro sounds, but works equally well. It's difficult to say whether the Go! Team will still be making an impact, even in two years' time. However, if this their own one-hit wonder, they could have done a lot worse.
I smile a little when reading those last couple of sentences as, 15 years on, The Go! Team are still very a going concern. Sixth album Get Up Sequences Part One came out in July 2021 on Memphis Industries, the band's record label since 2003. It's perhaps a less frenetic, everything-but-the-kitchen-sink wall of sound these days, replaced with a more organic, band feel and the vocals much more to the fore, but that's really not meant as a criticism. The current album's title is spot on: the urge to get up, bounce around to the music and generally just enjoy the moment is strong. Doing it at 6.00am in the lounge, with a startled cat and family sleeping elsewhere is perhaps not the ideal setting. Especially if you have wired headphones plugged into your PC. The cord is not as long as I thought it is was...
Whilst I assess the physical and emotional damage, here are videos for the 4 tracks on my Ladyflash CD single.

The Wrath Of Mikey here is a different, live version from Coachella in 2006; the original single version was reworked and renamed The Wrath Of Marcie for second album Proof Of Youth.

The 2006 re-release of Ladyflash/Huddle Formation included further remixes from Hot Chip and RJD2 but neither beat the Kevin Shields or Simian Mobile Disco versions here.

Get Up Sequences Part One was preceded by the single Cookie Scene in July 2020. 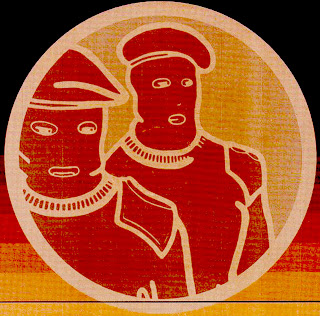 Is it really 25 years since Two Lone Swordsmen released remix album/EP Swimming Not Skimming? Apparently so. On 25th November 1996, Andrew Weatherall and Keith Tenniswood shared a clutch of new songs and remixes on 2x 12" and CD with slightly different tracks and running orders on each format. I bought it on shiny disc a couple of years later and it's one of Weatherall's best, in any of his various guises and incarnations.
Today's selection is a 5-track sampler, skimming some choice tracks (do you see what I did there?). In The Nursery's remix is exclusive to the CD version and the Musique Tropique remix of Rico's Helly only appeared on the vinyl version.
1) In The Nursery Visit Glenn Street [Glenn Street Assault Squad] (1996)
2) Rico's Helly (Retailored By Nourizadeh & Teasdale aka Omid Nourizadeh & Anthony Teasdale) (1996)
3) Glide By Shooting (Remix By Andrew Weatherall & Keith Tenniswood) (1996)
4) Rico's Helly (Musique Tropique Remix By Andy Carrick & Kevin McKay) (1996)
5) Flossie Wears Paco And Ralph (Remix By Andrew Weatherall & Keith Tenniswood) (1996)
Skimming Not Swimming (40:32)
A couple of other records released on the same day in 1996 and worth a mention:
The Week Never Starts Round Here: Arab Strap
Special Projects: Kid Loops vs. Cool Breeze
at November 25, 2021 No comments: 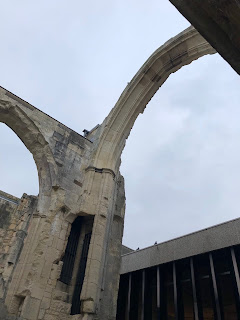 Tonarunur is an alias for Icelandic DJ and producer Björn Gauti Björnsson and there's a new EP, From Above, out this Friday (26th). Paris From Above is paired with Quebec From Above, with a remix of each to round out the package.
The only track I've heard so far is Paris From Above, as remixed by Coyote aka Nottingham DJs and producers Timm Sure and Richard Hampson. Shimmering French vocals, a bubbling Balearic undercurrent, before a stomping beat kicks in at 2:21, eventually descending just past the 5 minute mark into a cascading final 45 seconds. Superb stuff.
Paris From Above (Coyote Remix): Tonarunur (2021)
at November 24, 2021 2 comments:

From Fantasy To Reality 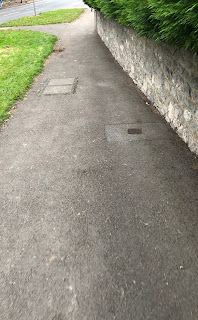 Let The Cultural Vibe Flow Through Your Mind 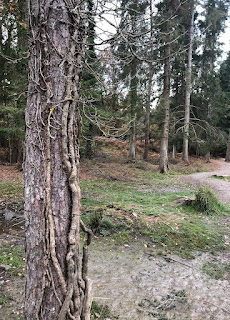 If You Can Call That Progress, Then We're Riding Different Bikes 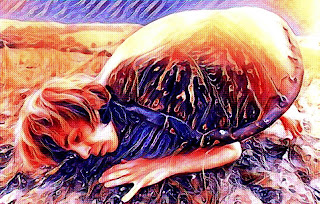 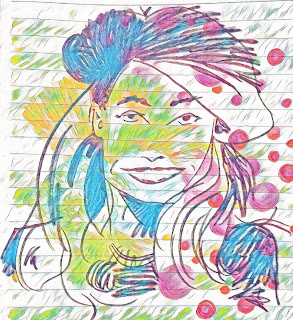 Another 12"/80s selection for the weekend, the common thread being that all of the songs have been remixed by legendary DJ Bert Bevans. This one is dedicated to Echorich, whose comment on a previous post inspired this and who is currently moving home... fingers crossed it's going as well as expected and best wishes in your new place!
The remix of Space by It's Immaterial is my favourite version of the song, and arguably the same goes for the Pete Wylie, Paul Weller and Depeche Mode selections. Even those that aren't the definitive versions (for me) - Big Audio Dynamite and Vicious Pink - are still pretty good. As for the rest, these are pretty much the only versions of the songs that I know.
Today's selection comes with a health warning as tracks 4 & 5 feature former members of The Beatles and Queen. The latter also apparently featured in the 1986 film Biggles and the video is notable only for featuring Peter Cushing's last on-screen appearance. It's Immaterial's Space video is much, much better.
You can also find a clutch of uplifting Bert Bevans DJ sets on his Soundcloud page. Highly recommended.
1) Roses (Extended U.S. Remix): Haywoode (1986)
2) Money-Go-Round (Dance Mix): The Style Council (1983)
3) Diamond Girl Oh! Diamond Girl (Super Solitaire Sublime Mix): Pete Wylie ft. The Fabulous Josie Jones (1986)
4) Press (Bevans & Forward Dub Mix): Paul McCartney (1986)
5) No Turning Back (The Joy-Stick Mix): The Immortals (1986)
6) Soul Deep (Club Mix): The Council Collective (1984)
7) Flexible (Pre-Deportation Mix): Depeche Mode (1985)
8) Cccan't You See... (Exxxx-tended Re-mixxx): Vicious Pink (1985)
9) Sinful! (The Wickedest Mix In Town): Pete Wylie ft. The Oedipus Wrecks (1986)
10) E=MC² (70mm Wide Screen Mix): Big Audio Dynamite (1985)
11) Dominoes (The Dance Mix): Robbie Nevil (1986)
12) Space, He Called From The Kitchen.... (12" Remix): It's Immaterial (1986)
Bevans Above! (1:19:49)
at November 20, 2021 No comments: